I’ve had these little wooden puzzles for a while. I didn’t take any “before” pictures, but they were generic, primary and just screamed for a makeover. Especially since many of the shapes for the alphabet one were so obtuse, you could hardly tell the H from the N. It was bad.  So I peeled off the plastic coating and broke out my acrylics. 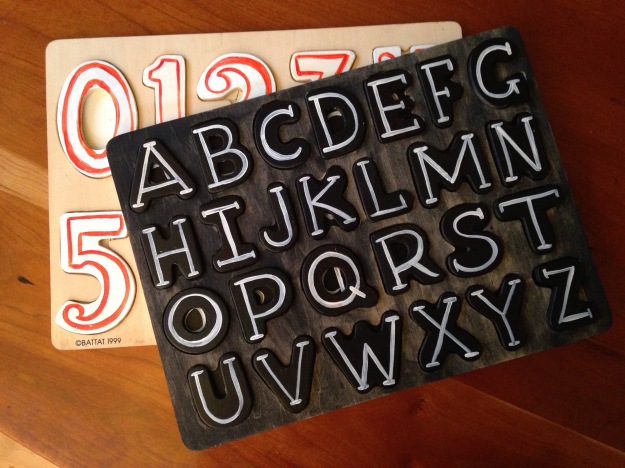 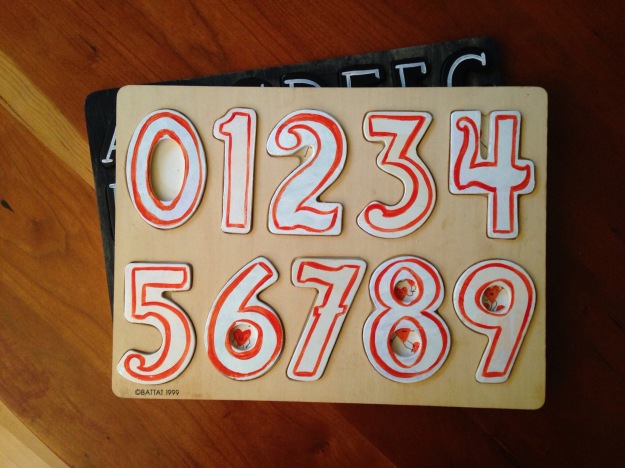 I decided to put the lower case letters underneath instead of pictures of things beginning with the letters. My oldest son is in first grade and it seemed like a good idea to help him distinguish between the upper and lower case letters. 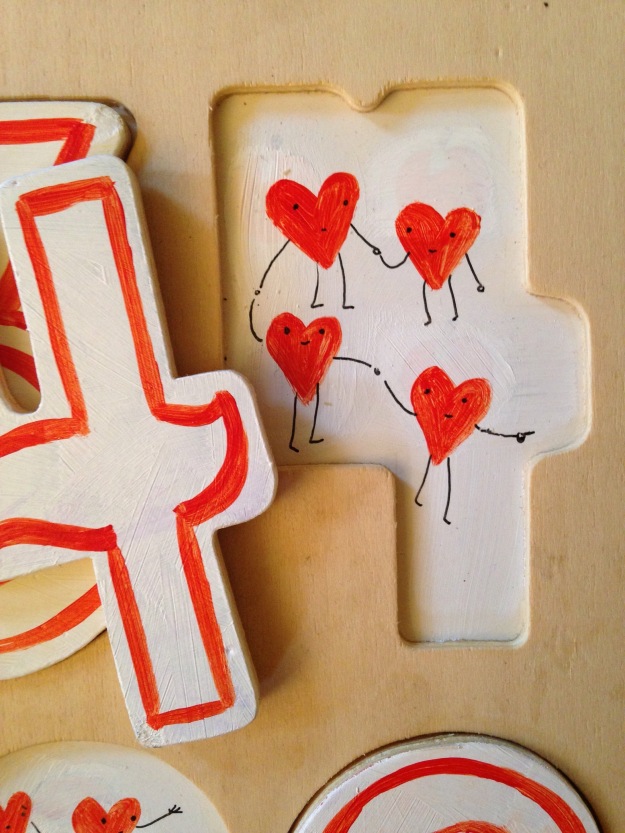 Heart people are one of my go to illustrations for my kid’s brown bag lunches. With three boys, it’s about as cute as I’m allowed to get. It is also preferable for the heart people to be funny or amusing somehow.

This is one of my favorite groups. Everyone is dancing except for the one poor confused fellow who looks as if he’s not sure what he’s just walked into. 🙂 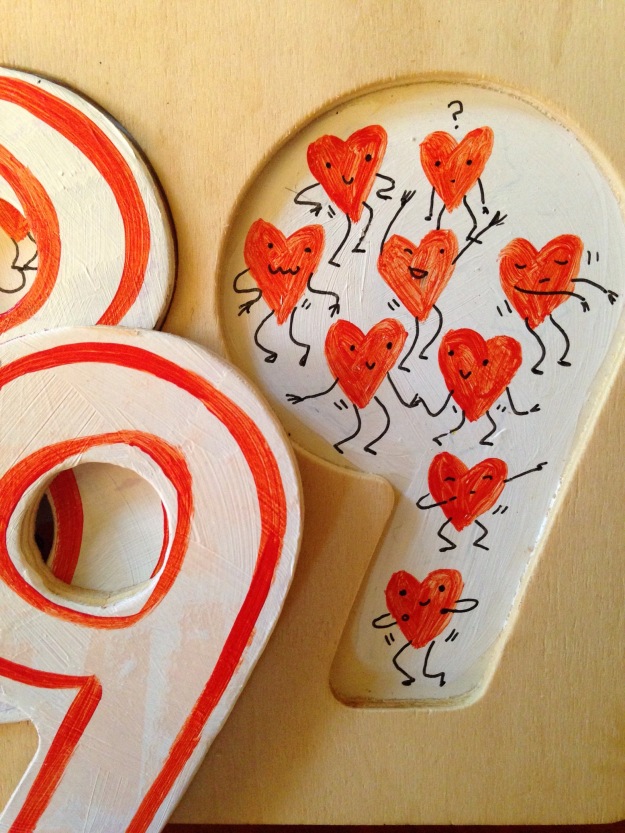